Carbon dioxide lasts for centuries – so should carbon offsets

Carbon dioxide, once emitted into the atmosphere, stays there for hundreds of years. When someone uses an offset to counteract emissions they need to make sure the offset they buy also lasts for centuries. For a company to claim that they are achieving net zero – balancing their emissions with an equivalent quantity of removal of carbon dioxide from the atmosphere – it is essential that any offsets that they use are long-lasting, rather than temporary.

The saying “Dogs are for life, not just for Christmas” is a slogan used to try to prevent pets being bought on a whim and then abandoned. It challenges people to consider their responsibility in caring for a living being. If you aren’t willing to commit for the period of a dog’s life, you shouldn’t buy it in the first place. We need to think about offsets in a similar way.

When considering the welfare of pets, the issue is easier. Our lifespans are several times that of dogs, so if we make a “dog is for life” commitment, it is the life of the dog that we are considering, rather than our own.

With offsets, the lifespan we need to consider is that of carbon dioxide in the atmosphere, which lingers for hundreds of years. That far exceeds human and corporate lifespans, so structures need to be put in place to cover off liabilities beyond our own existence. Even when we are gone, our carbon footprints will endure.

For example, while planting trees is a popular approach to offsetting emissions, carbon is locked up away from the atmosphere for only as long as the forest endures. If the forest burns down the offset quite literally goes up in smoke.

An offset that endures for a few decades is insufficient, when the thing it is offsetting against will cause harm for centuries. If you are claiming an offset, you need to stand behind it in perpetuity. So how can a company, which has no expectation of immortality, make an everlasting pledge?

Enduring beyond a company’s lifetime

This brings us to the regulation of banks. At the time of the global financial crisis, some institutions were seen to be “too big to fail”. Had they been allowed to go bust they risked bringing down the entire financial system and governments were forced to bail them out – at vast cost to the public purse. 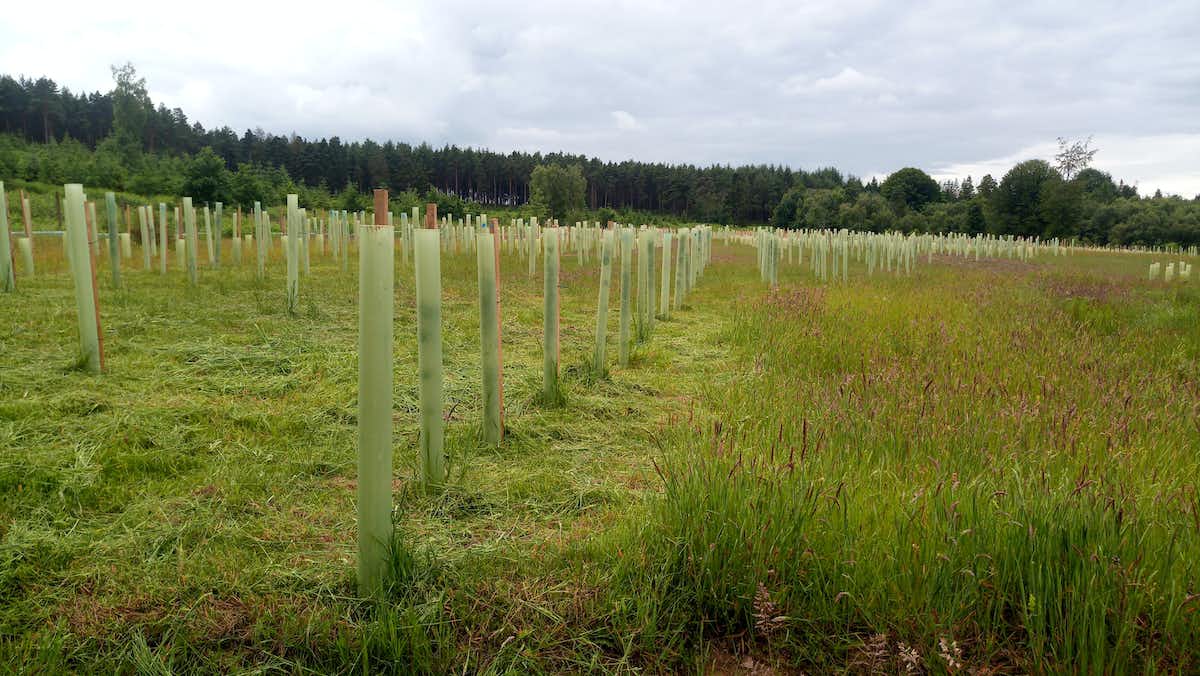 Trees will outlast most companies – but not if they’re eventually chopped down.
Callums Trees/Shutterstock

To avoid such a situation in the future, regulators are demanding banks draw up “living wills” requiring them to create contingency plans in case the bank becomes insolvent. Should the bank run into trouble, the government can allow it to fail without harming society. It is prudent to create a structure that endures beyond the lifetime of the companies involved, especially where the failure of such companies would have serious consequences.

Something similar could be implemented for offsets. When a company buys an offset it should also buy insurance to cover the costs of a subsequent offset, should the initial offset fail.

A similar process could be implemented for offsets. When buying an offset you should also buy a bond to cover the costs of a subsequent offset, should the initial offset fail. Companies should voluntarily enter details of the methods of offsets and quantify the costs associated with the risks of those offsets unravelling (forests being chopped down, for instance, or being consumed by a wildfire). These costs should be shown in the company’s accounts as a contingent liability – a way of showing costs that may accrue to a company at some future point in time.

Such transparency will be resisted by companies as an unnecessary reporting requirement and a potential rod for their own back as it would crystallise in an audited report a liability that they would rather not put down on paper. A voluntary route is unlikely to be effective.

It may be necessary to sue companies that do not keep an account of the potential costs of maintaining impermanent offsets. Here’s the thing – if a company is involved in a court case, the potential impact of the lawsuit needs to be recorded in the company’s accounts as, yes, you guessed it, a contingent liability. Essentially, litigation would seek to require a company to keep a record of current activities that may result in future liabilities.

At this point, you might ask why I am being so mean to companies that are at least moving in the right direction, and not being as aggressive on those companies that are not attempting to offset their emissions. Let me reassure you that I am an equal-opportunity aggressor – I believe all companies should keep account of their emissions so that at some future point in time we can have an accurate tally of how much of the mess they should be responsible for cleaning up.

With those claiming to offset their emissions or be net zero firms, however, there is an additional angle to consider. Companies seek to gain a commercial advantage over their competition by burnishing their green credentials. But if those green credentials are phoney, then the advantage that has been won over rivals is a form of fraud. Professor Myles Allen, Director of Oxford Net Zero and professor of Geosystem Science at the University of Oxford, has been appointed Frank Jackson Foundation Professor of the Environment by Gresham College, London’s oldest Higher ... END_OF_DOCUMENT_TOKEN_TO_BE_REPLACED Spring and Summer Research Assistant Opportunities with Oxford Net Zero The Oxford Net Zero Engagement Team, working out of the Smith School for Enterprise and the Environment is seeking research assistants to support with the development of a ... END_OF_DOCUMENT_TOKEN_TO_BE_REPLACED On 9 March 2022, the University of Oxford’s Smith School of Enterprise and the Environment (SSEE) and Oxford Net Zero (ONZ) held a joint masterclass on policy interventions for accelerating the transition to net zero, hosted by Apolitical. This ... END_OF_DOCUMENT_TOKEN_TO_BE_REPLACED